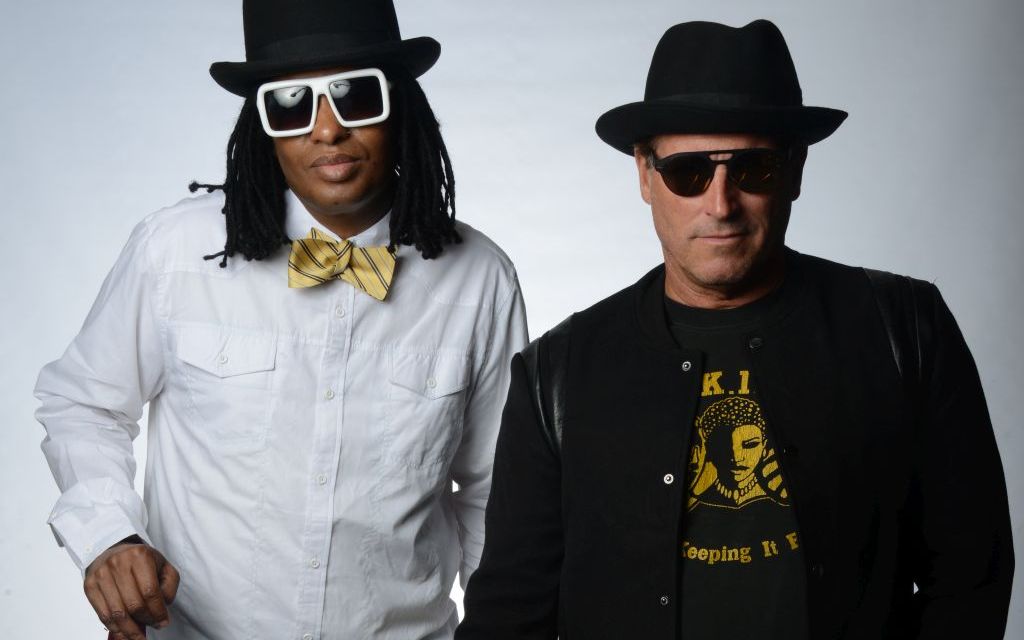 “I love melody,” says Garrett Stevens. “To me it’s everything. It’s the emotion that makes the hair stand up on the back of your neck.”

And when the lead vocalist, rhythm guitar player and songwriter for Evolution Beat says he loves melody, he means it. The band’s sound is dominated by light, overlaid melodies, giving the ska-adjacent grooves a carefree quality and sunny spirit. Evolution Beat doesn’t sit easily in any one genre, but finds a happy place all its own somewhere among reggae, ska and pop. “We don’t sound like anybody else,” says Stevens. “We sound like who we are. That cuts deep to the fact that we’ve created original music.”

By “we,” Stevens means himself and Evolution Beat co-founder Kerwin “Skooter” Williams. The two met while working the LA club circuit. Stevens was the lead singer, songwriter and guitarist for Elevator Ska, “a nine-piece ska band with a full horn section, two backup singers, full percussion,” Stevens explains. “We’d open up for some of the better-known ska bands in the LA area.” Williams was a bass player who had been working as a studio musician for artists such as Snoop Dogg. “His bass playing is melodic; that’s what I was trying to bring to my music,” Stevens recalls. “He’s a great guy and an amazing talent.”

Williams was also a producer with a deft touch in the studio, and in 2013 Stevens asked him to remix some of Elevator Ska’s original songs. One of these was “Love Me More,” which got the attention of a local promoter, prompting a radio-friendly tuneup. “ ‘Love Me More’ was done in a traditional ska style,” Stevens says. “I asked [Williams] to turn it into more of an upbeat dance sound, a little more pop.”

The new-and-improved “Love Me More” proved to be a turning point. It got radio play in the LA area, and gained popularity on SoundCloud. Bolstered by their success, Stevens and Williams started working together on other projects and performing live around LA. Now called Evolution Beat, the band was named SoundCloud’s Artist of the Month in July 2014, and shortly thereafter the band released its first EP. “It was really great for us to have that site recognize us. It was pretty cool,” says Stevens.

In the two years since, Evolution Beat has built a reputation for upbeat shows full of good vibes and dancing feet. “The music doesn’t lend itself to heavy,” Stevens admits. “We want to stay in the realm of light-hearted.” They’d also like to stay closer to home (at least part of the time) — both Stevens and Williams live in Ventura, and hope to increase their local presence. They played the Camarillo Fiesta in July, and are looking forward to this Friday’s show at Discovery, where they’ll be backed by a full band, including Diana Feria (keyboard and backing vocals), Gabe Forsman (lead guitar) and Jerome Snelling (drums).

For Stevens, it’s a chance to do what he loves best in his hometown. “There’s a sense of freedom onstage,” Stevens says. “There’s so much freedom in music and singing. It’s above politics. It sits alone in the universe as its own perfection. I feel really elated, satisfied, and a part of the universe.”